As you should know, Star Wars Episode 7: The Force Awakens is coming out this December 17. That's just 37 days away! That leaves us with about 5 weeks before the new movie is upon us. In other words, now is definitely the time to start preparing.

If you haven't already, you should start by checking out the latest trailer that came out a few weeks ago. Man it's amazing. Gives me shivers every time I watch it (and I've watched it a lot). Tickets went on pre-sale recently as well and they've already smashed pretty much every ticket sale record ever.

"American retailer Fandango said JJ Abrams’ film sold more than eight times as many tickets on its first day of release – Monday – as the previous record holder, 2012’s The Hunger Games. Separately, IMAX revealed it took $6.5m in ticket sales on a single day for The Force Awakens, having never made more than $1m in 24 hours previously. The space opera reboot was also the bestselling film on movietickets.com, representing 95% of sales on Monday." Source

In other words, get hyped. This is gonna be good.

At any rate, now let's go on to the meat of this post... How should you be preparing for the next Star Wars? Well, don't you worry. I've got you covered. Depending on your level of interest in Star Wars, I've prepared several activities you can engage in to make sure Episode 7 is as absolutely enjoyable as it can be.

If you have seen all six movies but are more of a movie fan than a Star Wars fan, there isn't a lot of preparation for you. That being said, you could probably use a refresher on the movies, especially the original trilogy. While Disney has done an marvelous job at keeping the story a mystery, we know that it takes place roughly 30-years after the end of Episode 6. As such, at bare minimum you need to do, is watch Episode 6 before December 17.

Even better, you should watch all three of the original films or the entire 6 part saga.  We have 5 weeks before the movies come out, so if you watch one movie a week, you can easily finish the original trilogy with some time to spare.

If you want to watch the entire epic, the standard 1 - 6 order should work fine for you, though if you want to spruce up your viewing experience, consider the Machete Order or the Ernst Rister Order.

If you haven't seen ANY of the Star Wars movies then shame on you! That's terrible. But it's not too late. You can be reclaimed. Since you know nothing of the story or the legacy of the Skywalkers, you simply must watch all six movies in preparation. That being said, don't watch the movies in the 1 - 6 order (the Chronological order). For the ideal viewing experience, watch the movies in the Ernst Rister order (4 -> 5 -> 1 -> 2 -> 3 -> 6). Click here for more information.

Since we only have 5 weeks left to prepare, you're going to have to watch one movie every six days in order to finish on time. While I'm still ashamed that you haven't seen any of the films yet, I envy the fact that you can watch them fresh eyes. Enjoy it! 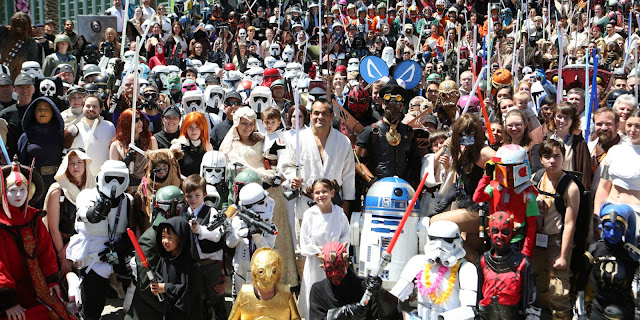 You've seen all the Star Wars more than once. You know quotes and famous scenes. Star Wars isn't just a movie, it's a part of your childhood. As such, you should take some extra care to prepare for the movie. You can start now by re-watching the six movies in any order or at any pace you wish.

On top of the movies, however, you should consider doing some reading. While most of the expanded universe is now defunct, there has recently been a resurgence of new literature to soak your mind with. One in particular was written as a precursor to episode 7. While it doesn't contain much in the way of movie spoilers, it does provide a good introduction to the current state of the Star Wars galaxy where the movie takes place. The book is called "Aftermath: Star Wars: Journey to Star Wars: The Force Awakens." I know the name is long, but the book isn't. You can easily finish it within 5 weeks. The book does a good job of providing some insight into what the Star Wars universe is like post-Episode 6. 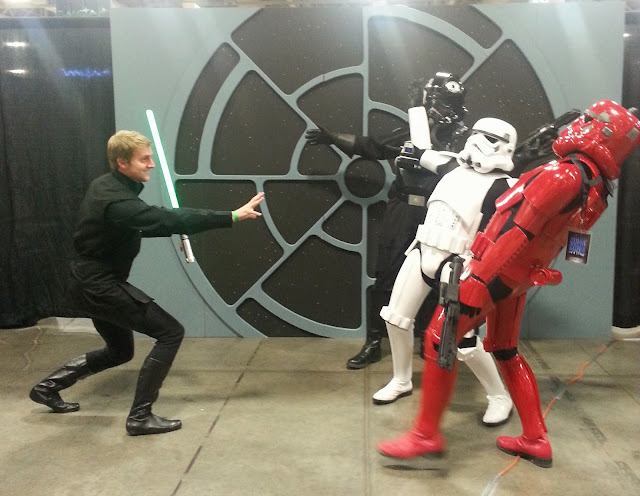 This last section is for the die-hard of the die-hard Star Wars nerds. Your love of Star Wars has become a part of who you are in ways that aren't wholly healthy. Either way, if you care about Star Wars this much then it's probably impossible to over-prepare for the movies. So go hog-wild. Watch all the movies a few times over (I'm on my third round). Watch the Clone Wars or Star Wars Rebels on Netflix. Read Aftermath and any of the other books released (here's a list of the current cannon/timeline). Read up on Wookiepedia (the Star Wars wikia) and definitely, definitely read all of the Star Wars news you can get your hands on. Just remember, anything you read online that isn't straight from Disney or StarWars.com is probably false.

Oh, and last of all... Get a costume. Make opening night a memory you'll have for the rest of your life. Go all out and I'm confident you won't regret it. Here and here are some good places to get started on costume searching.

That is all for now. More updates coming soon :)