Ben Quadinaros was a pod racer of a most peculiar kind,
Though he was a Toong, he was brazen and refined,

Still, like any Toong, he preferred to be alone,
Other than his family, few others had he known,

He was quiet and anti-social, reserved and somewhat shy,
He was seen as quite the coward, though I’m not so sure as to why,

Every race that he would race, was declared “wimpy” at best,
And he lacked the social skills, to argue or detest,

But Ben refused to give up, or let his dream die young,
He dreamed that one day, his exploits might be sung,

So Ben travelled far from home, deep into Hutt-owned space,
To the Boonta Eve Classic, the galaxies most dangerous race,

His friends all laughed, and said he’d never actually commit,
“For a race of that caliber, you simply are unfit!”

One friend went so far, to challenge Ben’s resolve,
“Three million credits are yours, if you even get involved!”

But this time Ben was sure, he would not let himself back down,
He joined the race and soon became the coolest Toong in town,

When the race day came, Ben was nervous but resolute,
As he fine-tuned his racer, his focus was absolute,

Ben was with the other racers, at the starting line,
He could feel his heart beating, now was his time to shine

The pistol soon sounded, engines roared and the race began,
But sadly for one Toong racer, things didn't go according to plan

The other racers shot off, at the speed of sound,
But Ben’s poor little racer, never left the ground.

Frustrated and angry, Ben threw his fists into the air,
He shouted at the skys: “This simply is not fair!”

More bad luck was to follow, and Ben’s racer soon blew up,
It seemed that Ben was never meant to win the treasured cup,

Don’t feel too bad though, he still came out on top,
He still got 3 million credits, though his race was a flop!

If you didn't know the story of Ben Quadinaros, then hopefully you found this ode to him enlightening. You can read more about it at http://starwars.wikia.com/wiki/Ben_Quadinaros Here are some other screenshots of his Ben's debut in the Boonta Eve Classic and the GIF above chronicles his experience. Enjoy! 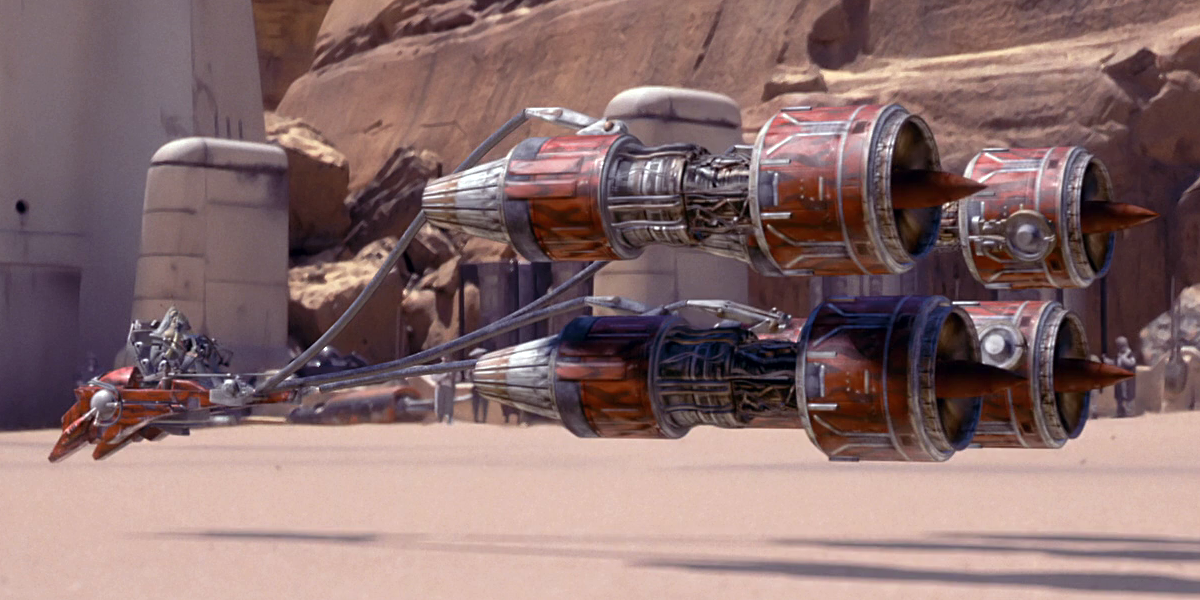