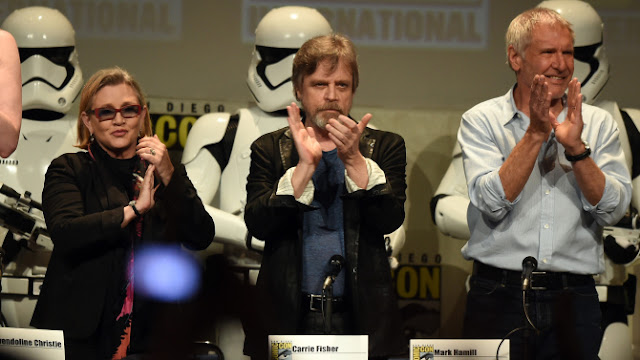 Being a Star Wars fan is easy. The only real prerequisite is that you need to have at least seen the movies and then be willing to call yourself a fan. That's it. But let's be honest, not all Star Wars fans are created equal. That one guy you know who can't tell the difference between R2-D2 and a white trash can probably isn't much of a Star Wars fan. This article series is meant to help any Star Wars fan not just improve their nerd cred, but also take their love of the universe to the next level.

My third tip for bettering the Star Wars nerd inside yourself is... Attend a "con." There are many conventions that take place all throughout the year and in nearly every major city throughout the US. I can't speak for other countries, but I suspect even internationally it wouldn't be hard to find a "Comic Con" or otherwise nerdy gathering place near you.

Without fail, these conventions will almost always include Star Wars in some way. No matter what level of Star Wars fan you are, checking out that one Star Wars booth or getting a Selfie with that one dude dressed in the sweet Vader costume is sure to bolster your love of the six-part epic (soon to be seven!). What's even better, you could always attend Star Wars Celebration.

Wikipedia contains a nice list of all of the major comic cons that happen all across the globe. Take a look and see what conventions take place near you: The List.